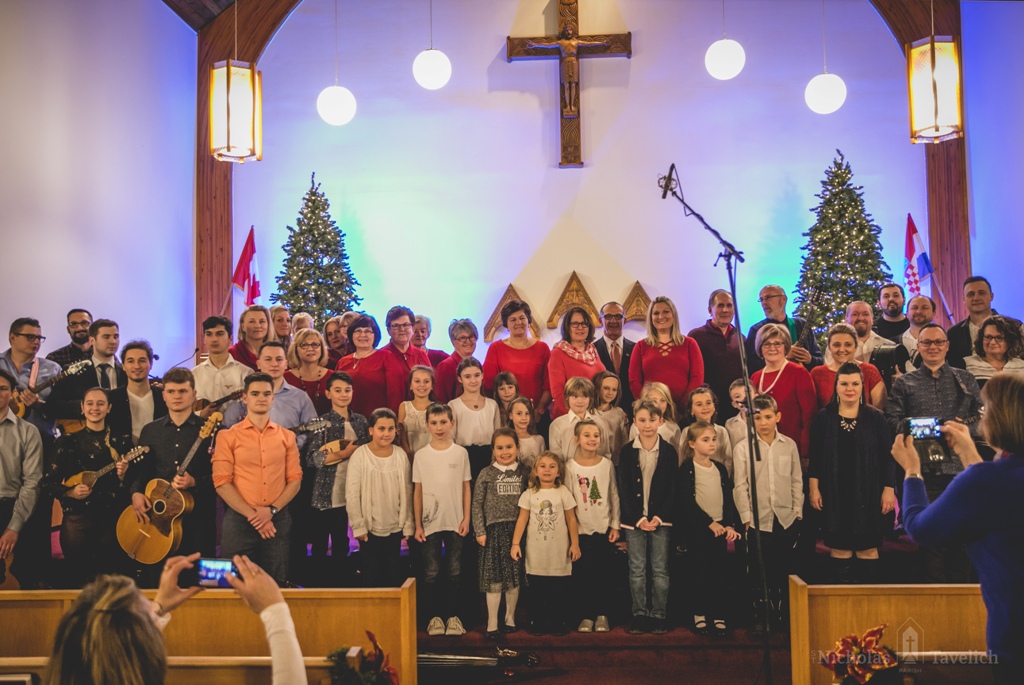 Numerous parishioners and guests gathered to enjoy the entertaining evening. All the performances were delightful, although the youngest ones brought the most joy to our hearts!
The concert ended with the Celtic ensemble Killick playing two traditional Irish Christmas songs, followed by two traditional Croatian carols in which the entire congregation sang along with.

The evening continued in the parish hall with socializing, dancing and singing with everyone treated to mulled wine, traditional cooked sausages and lively music from Killick.
Once again it showed our community is rich with many musical talents. Together, as one big family, we sang together to our newborn King!

This concert also gave us the opportunity to help those in need. Guests brought a large amount of non-perishable food items that was later delivered to Winnipeg Harvest.