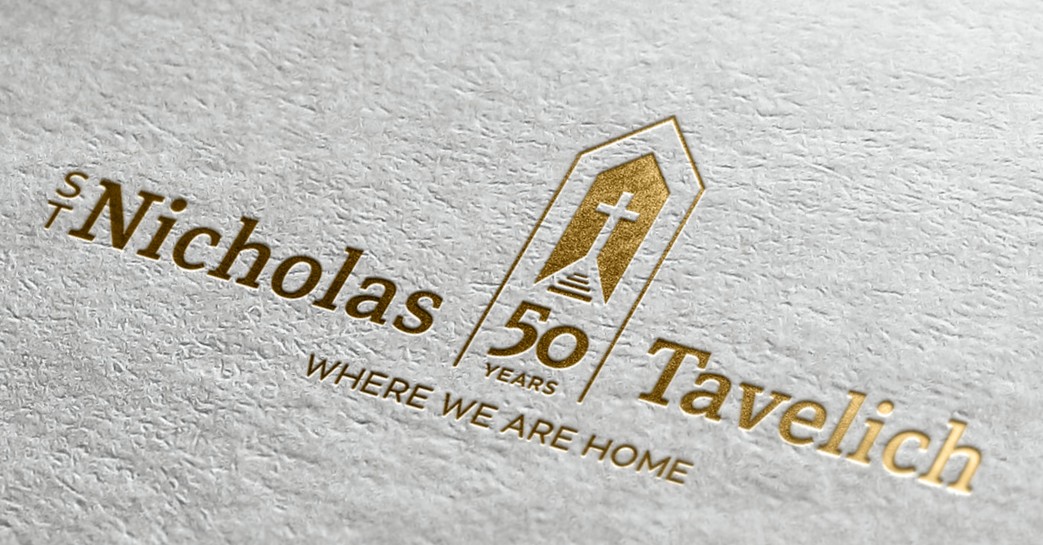 On May 26th, 2019 the parish community of St. Nicholas Tavelich in Winnipeg celebrated Mass with their dear pastor Rev. Marko Štefanec and later honoured Father Marko with a farewell lunch.

During the luncheon, David Knezić, trustee of St. Nicholas Tavelich, highlighted the positive impact that Fr. Marko has had on our small community. Arriving to Canada in January of 2015, Fr. Marko stayed at Our Lady of Victory while taking English language classes at the University of Manitoba. On August 1st, 2015 he became the 15th parish priest of St. Nicholas Tavelich, which he served until June 4th, 2019. From organizing our 50th anniversary spiritual renewal, pilgrimage to Croatia and anniversary gala, to planning our yearly community Christmas concerts (“Preveliku radost”), starting zornica masses for advent which the parishioners greatly enjoyed to leading the choir, and starting the renovation project for our parish hall, he engaged himself in all aspects of the community – young and old, and was always there for spiritual guidance, advice or simply as a friend. The afternoon was celebrated by a full hall and joined by many other parish priests.

The parishioners gifted Fr. Marko with a special, old-fashioned film camera knowing how much he enjoys the hobby of photography. Hrvatska Zora tamburaši, who Fr. Marko also managed during the four years, finished off the afternoon by playing for the crowd.

Fr. Marko has been appointed as the new pastor of Holy Cross Parish in Hamilton, Ontario. His last Mass at St. Nicholas Tavelich was on June 3rd, 2019. He will be greatly missed by his parishioners in Winnipeg, always in our thoughts and prayers. We wish him well.

CANCELLED: Public Way of the Cross